Christopher Lee: A Legacy of Horror and Terror - Alchemy Werks

Christopher Lee: A Legacy of Horror and Terror

Sir Christopher Lee is perhaps the only actor of his generation to have starred in almost 300 films. Mr. Lee began his legendary career in monster movies in the 1950’s. He played a variety of villains and monsters, among them Frankenstein’s monster, the Mummy and Dracula, the latter in several uncontestable classics of the genre. Mr. Lee’s first legendary Hammer film was “The Curse of Frankenstein” and later he made his first of many appearances as Dracula in “Horror of Dracula.” Afterwards, he reprised his role as the legendary vampire and played other horror roles in dozens of Hammer productions appearing in nearly 50 horror films from 1959 to 1976, where he portrayed Dracula in many of them. Other memorable horror films of this era include “Corridors of Blood,” “The Two Faces of Doctor Jekyll,” “Dracula Prince of Darkness” and “Taste the Blood of Dracula.” His recurring roles as Fu Manchu, Sherlock Holmes, Scaramanga in the Bond film “The Man with the Golden Gun,” and Rochefort in both “The Three Musketeers,” and “The Four Musketeers: Milady’s Revenge,” have all contributed to his legendary status as one of the greatest actors of all time. In addition, Mr. Lee has recently become known to a whole new generation of filmgoers as Suruman in “The Lord of the Rings” franchise and as Count Dooku in the “Star Wars” prequels. Christopher Lee was born in London in 1922 to one of the oldest families in Europe. He attended Eton College and Wellington College, where he studied Greek and Latin. During World War II, he served in the Royal Air Force and Special Forces and was decorated for distinguished service. This rare interview is a tribute to his long standing contribution to the cinematic arts.

Be the first to review “Christopher Lee: A Legacy of Horror and Terror” Cancel reply 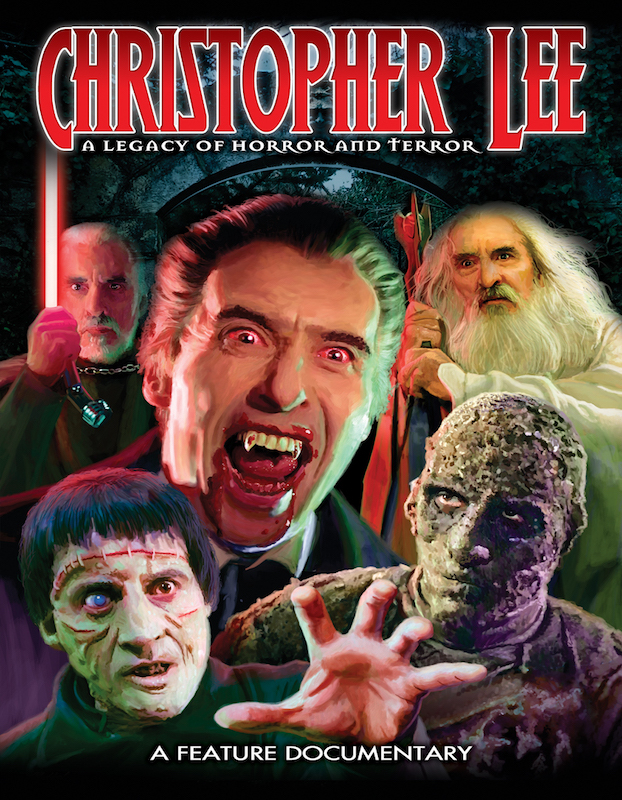 You're viewing: Christopher Lee: A Legacy of Horror and Terror $17.95
Add to cart