In the world of evil and deranged serial killers, there is no equal. Meet the Dark Lord of the Murder Castle who killed roughly 200 people in a self made house of horrors; and who also may have been the notorious Jack the Ripper. He presided over the “murder castle”, a devilish architectural creation in downtown Chicago made specifically to murder people. Trap doors, chutes, false doors, hidden passageways and spy holes made the Murder Castle the infamous building of its age. Many victims were beaten to death; some were strangled; others gassed; and even more were tortured on racks before they lost their lives. When he was finally caught, he confessed to twenty seven murders, although it is believed by many that he butchered over 200. But it is not the number of deaths that is the cause of his devilish fame, it is in fact the methods he used. This is the tale of the evil Dark Lord of the Murder Castle – guts and all.

“Uncovering the psyche of a psychopath in a facscinating way.” – Starburst

“Startling new insight into the Jack the Ripper enigma.” – Videoscope

Be the first to review “HH Holmes” Cancel reply 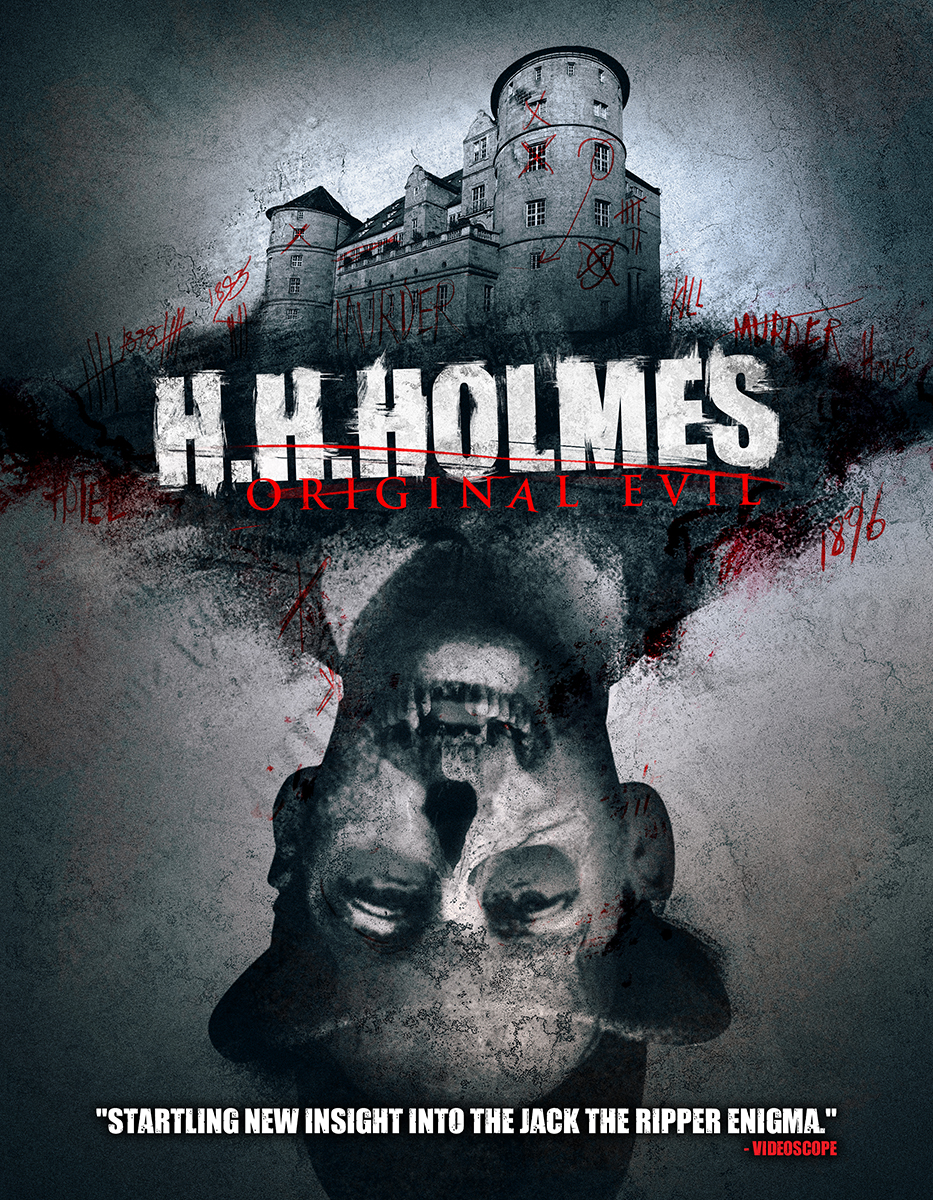